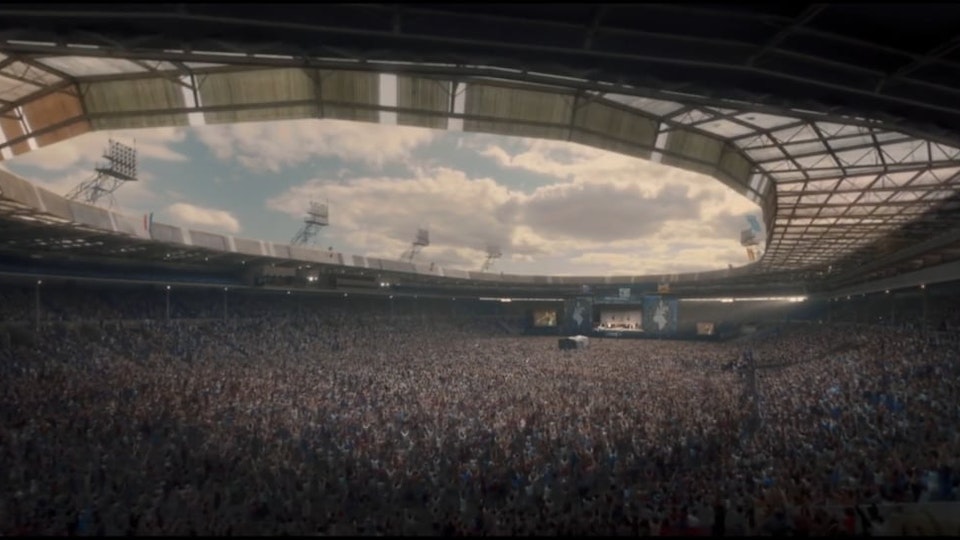 I shot 5 weeks of Bohemian Rhapsody including the VFX unit and additional photography. For the VFX unit we  shot individual crowd members on greenscreen from a multi camera array that allowed Double Negative to create and manipulate a crowd of real people known as Sprites. This was for all the crowds at the various concerts culminating in Live Aid.

I also shot large groups of crowd from a Technocrane to create the various stages of the opening shot that starts from a birdseye view of Wembley and ends on a close up of Freddie.

The additional photography was a mixture of Technocrane and handheld coverage of the Live Aid crowd directed by Dexter Fletcher that allowed them to include almost the entire performance in the film.