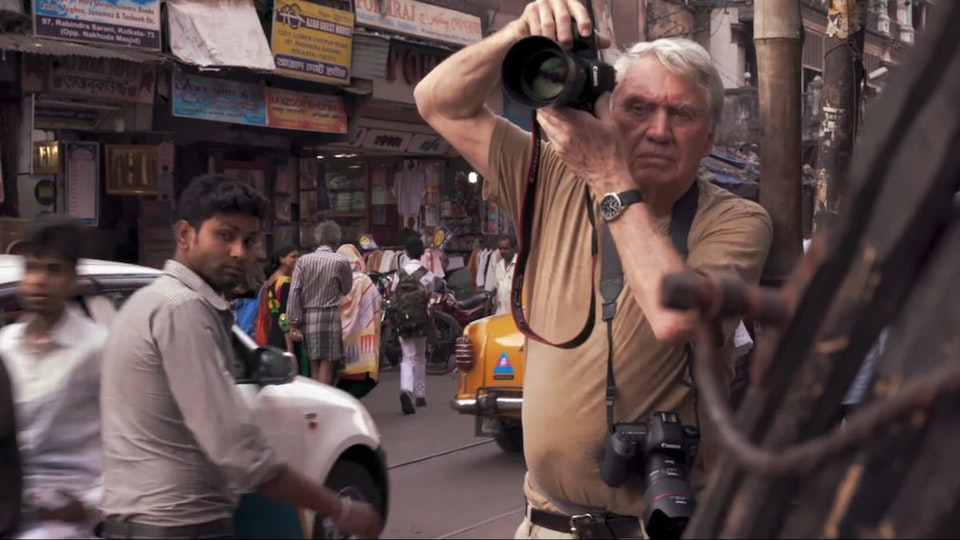 I had the honour of spending some time in India with the legendary photographer Sir Don McCullin. With director Clive Booth and Producer Mark George we set out to document how Don approaches street photography for Canon.

Our approach was 2 handheld cameras with a stills zoom on each. I would follow Don around and capture his process whilst Clive on the 2nd camera would shoot a moving image version of Don’s shots with both of us grabbing cutaways whenever possible. Don, at 82 years of age, was so full of life and incredibly quick on the streets in 35+ degrees heat. When he has a camera in his hands his brain works so fast at seeing and evaluating what’s in front of him. Fortunately I got on with him well and he began to talk me through his process as it was happening which led to many of the off the cuff moments that feature in the documentary.